Home
/
Our projects
/
Across The World
/
Asia and Pacific
/
Australia

Father James Alypius Goold, OSA from the Augustinian Province of Ireland disembarked in Sydney, Australia on 24 February 1838 and ten years later he was made Bishop of Melbourne. Today on the 175th anniversary of their presence in the country, the Augustinians have communities in Queensland,(Cooparoo and Mareeba), New South Wales (Manly Vale, Brookvale, Greystanes and Saint Clair) and Victoria (South Yarra). The Augustinians of Australia are also responsible for the Delegation of Korea, founded in 1985. The areas of intervention are above all in education and support of the aboriginal population 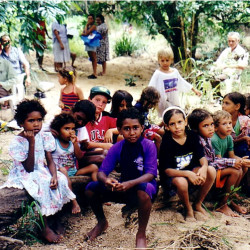 A missing language to safeguard the rights of the aborigines