Home
/
Our projects
/
Across The World
/
Africa
/
Democratic Republic of Congo

We can no longer speak of child labor, but rather then unacceptable exploitation of our children

Thanks to the commitment of the Augustinians in Belgium and in Germany, the presence of friars in the Democratic Republic of Congo began in 1952 in Doruma, in the north of the country. The friars, because of the conditions of the local population, have concentrated their presence in this area and have developed social projects in Dungu, Poko and Amadi, above all for supporting the local indigenous population. In 1991 the decided to open a community in Kinshasa, capital of the state with almost 11 million inhabitants. Despite the considerable richness of the subsoil, the country is in the third from the last place for poverty with 62% of the population below the poverty level and with a life expectancy of 56 years. Child labor is a very common phenomenon and involves more than 8 million children, equal to 42% of the total population. The Augustinian friars, in collaboration with the Foundation Augustinians in the World and the Curia, have decided to concentrate their own operation in the educational sector and in that of community development, with a special program that opposes the exploitation of minors. 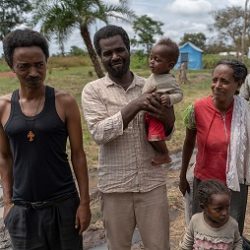 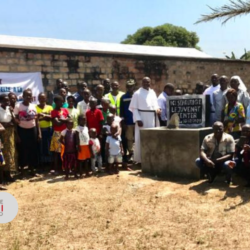 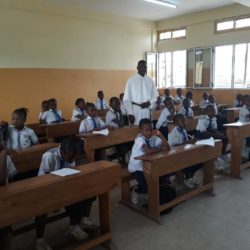 A school in Kinshasa that makes differences: First the Poor

The overall goal is of the project is to contrast the social and economic disparity in Limete.