The Augustinian Sisters of Divine Mercy of Netherlands arrived in West Kalimantan in 1949, when the Bishop of Pontianak asked to the Sisters to work in Ketapang; thus on 6 December 1949 five of the Sisters came to West Kalimantan, Indonesia and established a health center for patients suffering from cholera and skin diseases: the Fatima Hospital of Ketapang. During the years, the sisters set up six rural clinics and six schools.

In August 1992 the Sisters in Indonesia became an independent Indonesian congregation, and there are now over 115 sisters. 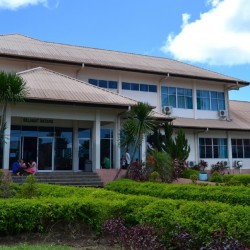 Healtcare program in The Regency of Ketapang