Home
/
Our projects
/
Across The World
/
Asia and Pacific

The Augustinians arrived in Asia in XVI and precisely in the Philippines. They were above all Spanish friars who came to open missions on the continent of the Rising Sun and they later were assisted by Australians, English and Dutch. Today, besides the Philippines they are present in India, South Korea, Hong Kong, China, Thailand, Vietnam, Japan, Indonesia and West Papua. The primary areas of work are in education, education of women, defense of the rights of the most weak and intercultural dialogue.

Father James Alypius Goold, OSA from the Augustinian Province of Ireland disembarked in Sydney, Australia on 24 February 1838 and ten years later he was made Bishop of Melbourne. Today on the 175th anniversary of their presence in the country, the Augustinians have communities in Queensland,(Cooparoo and Mareeba), New South Wales (Manly Vale, Brookvale, Greystanes and Saint Clair) and Victoria (South Yarra). The Augustinians of Australia are also responsible for the Delegation of Korea, founded in 1985. The areas of intervention are above all in education and support of the aboriginal population.

Our project in Asia and Oceania

Thanks to the effort od the missionaries, the Augustinians can build some helthcare centres, schools, roads, bridges and They have published some important books on History, Grammar, Catechesis and Botany. 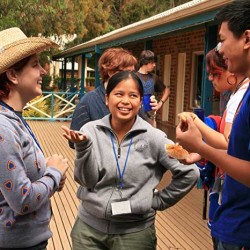 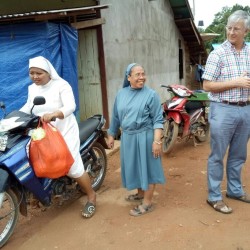 The Augustinian Sisters of Divine Mercy of Netherlands arrived in West Kalimantan in 1949, when the Bishop of Pontianak asked to the Sisters to work in Ketapang 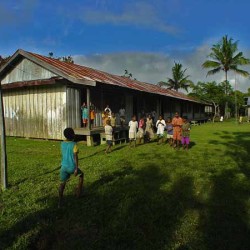 The work of the Augustinians in West Papua is concentrated on instruction, health care, support for rural communities and, above all, a program for the protection of human rights.