The Augustinians friars are working in a peace building program and they are developing training courses for woman and youth, a special program to help the families in need and social activity for the poorest.

The central area of Nigeria, the so-called Middle Belt, composed of the states of Kwara, Kogi, Benue, Plateau, Nasarawa, Niger, Taraba, Adamawa, Kaduna, Kebbi, Bauchi, Gombe and Borno, since 2000 has been the place of the most bloody clashes caused by religious and cultural differences. In the city of Jos, the capital of Plateau State, the population live with the terror of becoming victims of Boko Haram, as happened in May of 2014, as well as fear of the clashes between ethnic groups that in the last few years have brought about thousands of deaths. The Augustinians for years have proposed a program of dialogue and the reconstruction of peace, thanks to the activities of work training, help to families hurt during the clashes and general assistance to those that live in conditions of discomfort and abandonment.

The Curia Generalizia, in partnership with the Nigerian Augustinian missionaries, has supported the opening of a work training center in Katako, an area with a Muslim majority and where the Augustinians, in October 2008 were attacked in their Basilica of Saint Monica. Fr. John Abubakar, the Provincial of the Augustinians of Nigeria, and Sheil Balarabe Dau’d, Imam of the Central Mosque of Jos, have decided that the best response to counter the tensions was to open a center of training for Arab women in a building of the Augustinians. Today there are about 300 young women who come for classes in sewing, hairdressing and cooking in our center and once having received a diploma, they are assisted in the opening of small businesses. The future of Nigeria goes forward form these small gestures. 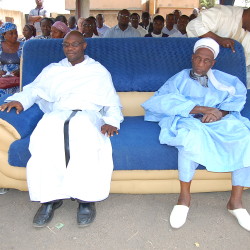 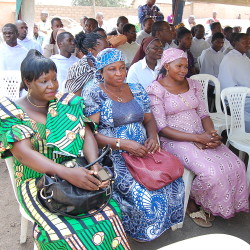 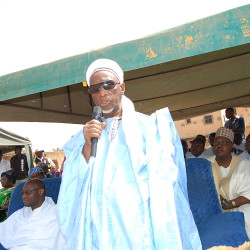 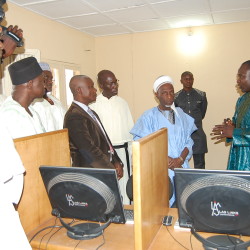 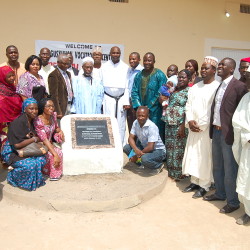