Il project aims to build, equip a clinic in Babadogo, to assist the people of the slum, in particularly to fight HIV and TBC

Babadogo is a shantytown of Nairobi and is lacking in the most basic and elementary services for its population. There are no adequate schools, nor hospitals; the streets are all dirt roads and the sewer system is open. The local population estimated to be about 30.000, lives in conditions of absolute distress and isolation and constrained to the precariousness of an informal and improvised economy. In Babadogo the Augustinians in 1989 founded their parish with the dream of offering some services to the poor of that area. The first step was to construct a church and a house for the friars, but the program also foresaw the construction of a primary school and a clinic.

In 2007 the government of Kenya launched a program of Voluntary Counseling and Testing Services (VCT) to confront the spreading of AIDS. The program, supervised by the Ministry of Health of Kenya, has foreseen the involvement of national and international NGOs, associations of the community and religious organizations, among which there would be 12 active diocesan clinics in the shantytowns of Nairobi.

The Augustinian Delegation of Kenya, sustained by the Projects Sector of the Curia Generalizia Agostiniana and the Apurimac Association decided immediately to participate concretely in the project by adapting some of the spaces of the parish. Having seen the success of the initiative and the increase of requests for assistance coming from the inhabitants of the area, they decided to construct and equip a clinic, which was begun in 2010. Further, following the guidelines of the VCT Program they studied a mobile program to be developed for the territory that previously saw activities for information and formation, as a primary health home assistance program for some types of patients. The project has also proposed meetings in the schools and in the other parishes of the area. 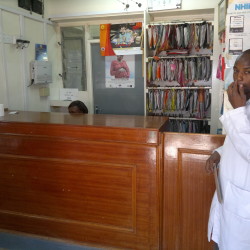 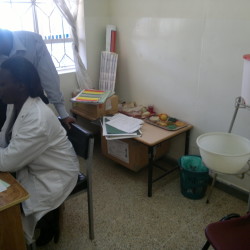 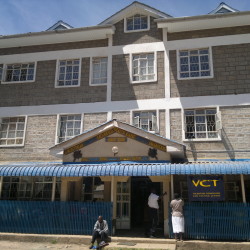 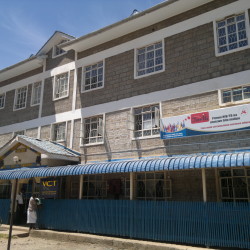